Industrial electronics, with Reggae beats and genius compositions will earn War Room Stories the numerous accolades that it truly deserves. 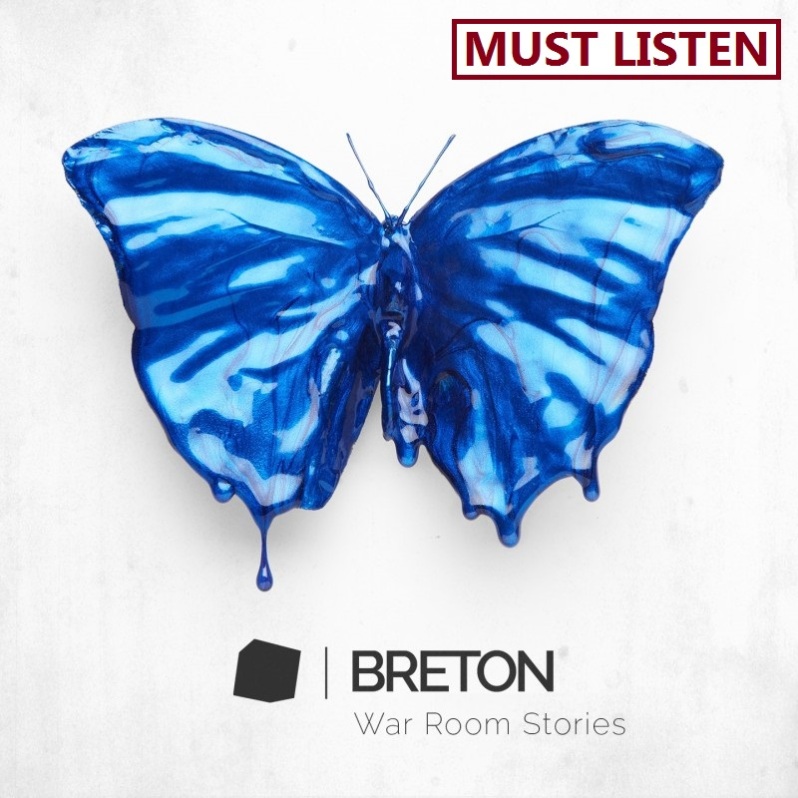 Album two from the London, Indie Rock/Electro producers. Recorded in Berlin in a disused 50’s Radio Station, after Breton Labs was destroyed. The magic from Other People’s Problems has remained dangerously strong, erupting to uncontrollable levels that will shake the stigma floating around the world of ‘Indietronica’ being credible music.

Other People’s Problems, showed the world a band who weren’t afraid to fuse experimental dance electronics, with guitar tones and orchestral rhythms. War Room Stories integrates this further, with the collision of Reggae steel drums, producing a fresh take on Tropical Indie Pop with tingling Electronic splinters and Industrial mechanics. Envy, Search Party and Fifteen Minutes utilise the upbeat Jamaican sound, to produce a facade when the impending warning of moody electronics, melts together with clear precision forming the most dramatic danceable songs you’ll have experienced.

The focus of War Room Stories is on those of the electronic brigade, primarily those of synthesisers of many variations, with the adaptations of corrupted vocals glued with drum tappings, producing the nostalgic sense of 2009 Breton.

Breton’s earlier Industrial sound on The Blanket Rule, Sharing Notes and Counter Balance EP can be located on almost every track deep within, with more violent, well placed, Punk Esq beats on tracks Got Well Soon and Legs & Arms heavily. The intrusion of trumpets with high-pitched sirens from Legs, truly places you in the 50’s Berlin Radio Station, they called a recording studio. Whilst the terrifying trickles of angry synthesisers and chasing trackpad elements fuse with the ‘you’re either with us or against us’ lyrics of Got Well Soon.

The importance of classical instrumentation is retained in War Room Stories, especially on the ‘Late Night’ Closed Category, that easily could have been a Holy Fire track. The gentle flickers of the almost frightened guitars creates the bridge for the violins to seize control after Roman Rappak’s vocals; reminiscent of  Yannis Philippakis’ husky tones, take their final grasp of control, admitting defeat to the turmoil within the lyrics.

Escaping the comfort of conformity, the DIY progression of the band is almost transgressive of modern electronic music having to be upbeat, fist raising dribble, whereas Breton have monopolized on the technical mishaps of 50’s technology with more modern techniques, giving birth to modern masterpieces, especially National Grid with its RDI approach and BiPolar scene changing. From chilled out, lucid dreaming, to high-speed, ecstasy fueled technicalities of hopeless predicaments:

I believe, I believe, everybody has the right to surrender.

I can leave, I can leave out anybody else, I’m told.

I believe, I believe almost anybody else, I’m told.

One of the most marvelous inventions of this album, is the progression from track to track. Each song effortlessly blends together with its predecessor and it’s conqueror no matter which way you play the album. It’s shuffle proof. The blend of glitching electronics from the world of TRON on S4, to colossal brass battles of Normandy  on Legs & Arms, then progresses further to the doomsday of dictatorship on Got Well Soon.

With its genre busting musical wonderment, War Room Stories produces a new story each time the album is played through. Alongside, perfectly executed planning, Breton have ensured themselves the top spot of my 2014 album list.