With even crazier stage performances, music videos and album artwork (seriously, that is terrifying) Thee Oh Sees celebrated their freakishness with an album full of diabolically tempting riffs, swayed with the aggression of low rung bellows and 70’s soaring vocals. Tracks Toe Cutter – Thumb Blaster, Floating Coffin and Maze Fancier, borrowed afflictions from several genres that would leave most people seriously damaged. But in a good way.

No one, single, person could portray images across the globe simultaneously without anyone knowing for their new album. Unless they’re Kanye West. Yeezus’ title portrayed West as more vain than ever. I Am A God truly proclaimed this. It is only when you listen to tracks New Slaves, Black Skinhead and Blood On The Leaves that West’s genius (yes I’ll say it) lyrics are truly laid out in all their glory. Ignore the trippy siren beats and autotune in parts. These are modern lyrics for past issues, still present.

The Leeds band hardly received the recognition they should have for this album. Whilst it’s nothing ground breaking, it abides to the one law of Alternative Rock; Appeal to Indie fans who want something heavier.  Just over half the album managed to break into the 3 minute mark, but the loud, bustling, deep rhythms of shitty guitars don’t need any longer than 3 minutes to blow your brains out.

Best song from the album: The crowd favourite, Nature Nurture.

The Irish rockers idea of a perfect world was, gigantic acoustic behemoths of love songs, aimless throwing stones at their lovers windows. And that sounds pretty perfect to most people which is why it succeeded so well. Brand New Day did the rounds on every UK TV show throughout 2013 whilst All I Want and High Hopes, made hordes of festival goers sway their lighters in complete awe underneath sweaty tents with friends and partners. If that isn’t love I don’t know what is.

26. The National – Trouble Will Find Me

The National returned with yet another classic album, filled with love and aching that we all have come to love them for. Tracks Sea Of Love, Demons, Graceless and I Need My Girl, showed the many faces to the album. Quick paced at times, slow and somber at others and tear jerking for the rest of it; it seems almost impossible for The National to make a bad album.

Best song from the album: I Need My Girl. 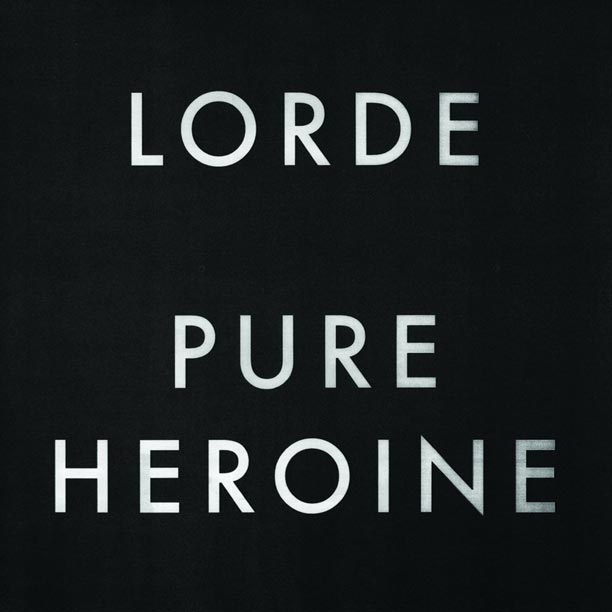 At 16 years old, no one was expecting an album to define a generation. Instead, Lorde decided to define her own generation on tracks Royals, Glory and Gore and Team. She focused less on the elements of technical sounds, and instead, the lyrics. Lorde told of how: this generation doesn’t want popstars crawling around in their underwear, flashing gold chains, riding ridiculous jet planes to their private islands. No. Lorde’s generation want to hang out, be individuals, live for themselves not for the consumerism way of life.

Best song from the album: Glory and Gore

Fast paced, tongue and cheek, British Rock from the Essex band was a welcomed asset of 2013. With 50’s style drums and the jive of American Cafes on Selina Chinese, The Computers combined the highlights of the history of 50’s blues rock with contemporary British Rock, mirrored from acts such as Mile Kane, Franz Ferdinand and The Jam. Even if they did have a song titled Bring Me The Head Of A Hipster it’s not as pretentious as it may first come across.

Psychedelic Rock never sounded so good. Hookworms brand of rocketing guitars, church organ synths and howls that are supposedly lyrics, created an album that runs forever but not nearly for long enough. At each song averaging 6 minutes,  the album is 9 individual acid trips of visual distortion of bright flashing colours and angry demons chasing you with pitch forks through fields. Whilst mellowed out tracks such as In Our Time, bring chilled glazed Summer nights.

Best song from the album: In Our Time

The trio produced yet another stellar album, brimming with the energy of early White Lies after the more adult, Ritual. There Goes Our Love Again declared the band back to the music scene, with a huge chorus combined with Harry’s soaring vocals and a charming video to kick start the trio’s return. The free download Getting Even borrowed shared some melodies from Ritual whilst Change brought a great change for the band.

Best song from the album: Change is the way.

Since the arrival of Union, I longed for Deptford Goth’s debut album. Once Life After Defo (also an album track) was given birth; so had my love for simplistic, minimalist electronica. The cling and clang of metal work colliding in Bronze Age alongside popping guitar notes on Guts No Glory declared an album that was based solely around technology of many eras and how when combined could create something astonishingly beautiful.

Best song from the album: Union