If ever there was a further need for colossal Indie anthems, NO have ensured this void will never again need filling, with superb quality anthems. 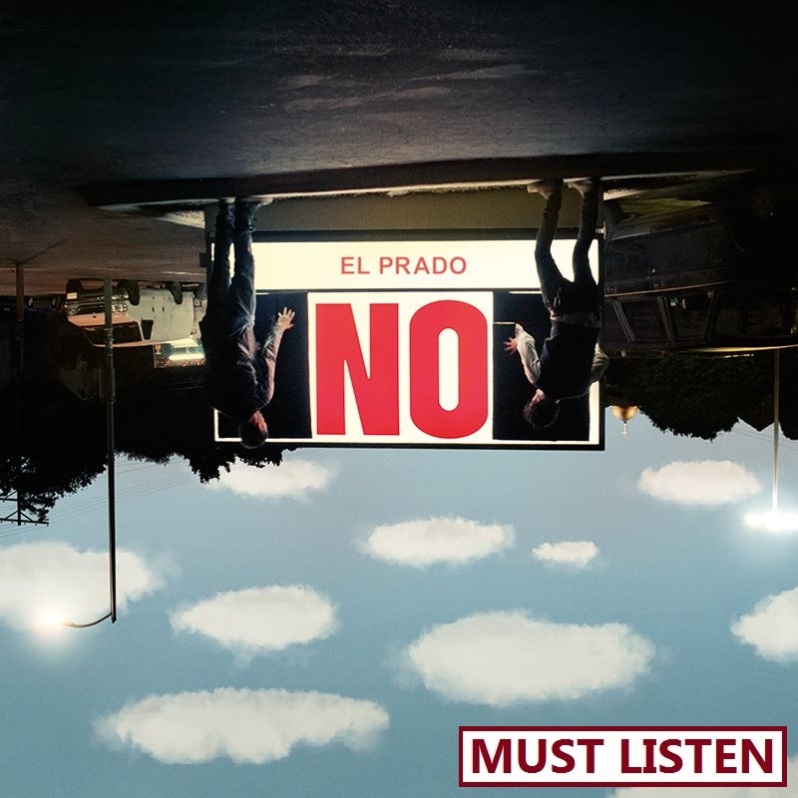 The journey of El Prado has been a long, arduous journey for everyone involved, including the fans. Back in 2011, NO gifted the world with their stunning EP, Don’t Worry You’ll Be Here Forever. They then slowly made the process from cocooned Indie newcomers, to astonishingly beautiful song writers; touring all over with absolutely everyone. (Best Coast, The Smashing Pumpkins, The Naked & Famous to name a few). Now finally in 2014, NO have graced the airwaves with their herculean anthems.

El Prado is their grand approach to stadium sized, Indie, lustful love songs not too far distant of fellow US lust-rockers, The National, with similar instrumentation and the mirrored hollow vocals; as well as Ireland’s Kodaline with their emotionally traumatic lyrics.

Instrumentally, the album manipulates its repeated rhythms with striking lyrics and a sense of complete euphoria so transcending, you can see each song played live in front of you, through listening on your iPod. Just as Patterns achieved the collective of their productions creating an atmosphere rather than sounds fighting to be heard; NO have accomplished this important accolade also, which removes the need to focus on the instrumentation to truly enjoy the songs.

Bursting in with Leave The Door Wide Open; El Prado holds no prisoners with the emotional torment of NO present, circa 10 seconds into the album. The test dummy reunited lovers that is Stay With Me (watch the video) reciprocates NO’s initial ideas that this lost love, is looking out of their window or whatever. When played in unison with El Prado’s grand opener, you’ve got two Stadium sized tracks capable of taking Wembley down.

Kodaline’s cheerier sounds of Brand New Day can be found on the next two tracks, What’s Your Name and Monday. Monday’s trickles of sun blessed guitars and danceable lyrics (Monday, Monday, Monday…) brings some ironic light to the whole overcast of El Prado especially on the harder hitting tracks at the beginning.

After the bridge of Interlude plays we’re greeted with NO’s true power on the final three gargantuan stompers: Last Chance, Hold On and Go Outside. Each track effortlessly climbs to dizzying heights, with either monumental choruses, body freezing instrumentation or satisfying oohs. To place three monstrously important tracks for the album so late could be seen as a desperate approach to attain some credentials. In the case of El Prado, these three vessels of light guide the album to the golden finish it so strongly deserves.

If I had to summarise El Prado in a sentence, I’m not to sure that any combination of intellectually, stimulating, lexemes could provide El Prado with this confirmation. Instead, I’ll praise an album from a band, that even with such high anticipation for their debut since 2011,  have managed to accumulate three or so years into one album which provides such a powerful punch, that first time round listening, I’d recommend lying down.