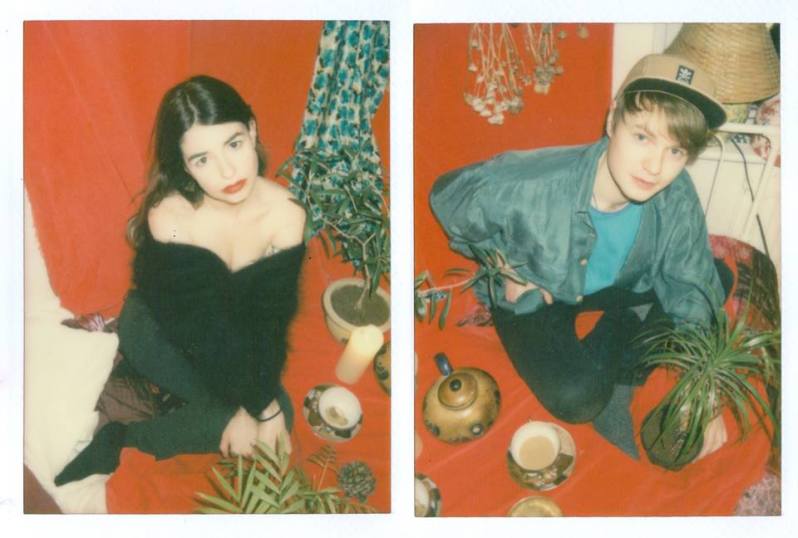 Bernard+Edith (weirdly my Grandparents names) are the newest crop from the mad house that is Salford’s, Sways Records. The Manchester based Duo have been slowly making their way up since their Bit EP, in late 2012 with their galvanised, electronic, new-wave, Indie Pop. Once the bands signing to Sways was completed, so was their debut single for Sways, Poppy, also the name of their latest EP. Capitalizing on the weirdness that surrounds Naked (On Drugs), Poppy was full to the brim with shimmering xylophone tingles. produced by a synthesiser. With rocking drum rhythms guide this ritual (I mean song) along, Poppy is weirdly danceable, despite the baron-esq vocals within the track.

Listening to Bernard+Edith, I can’t help but feel weirdly uncomfortable listening to their work. Still I crave more. Just as Naked had done with their debut release, Poppy have traumatized their fans into being terrified of what the band are making, and at the same time, completely captivated by the bands peculiar style, that will surely earn them the admiration of the mainstream press shortly, while they bask in the darkness of their underground performances, to their cult following.

Their Poppy EP was released March 31st, so not for a short while I’d assume.

If you’re in a rush for new stuff, stay posted for any tour updates near you, if not Soundcloud is your savior.

For fans of: Naked (On Drugs), Halls, Twin Graves.