Think Light Up Gold, but as a baked batch of cookies. 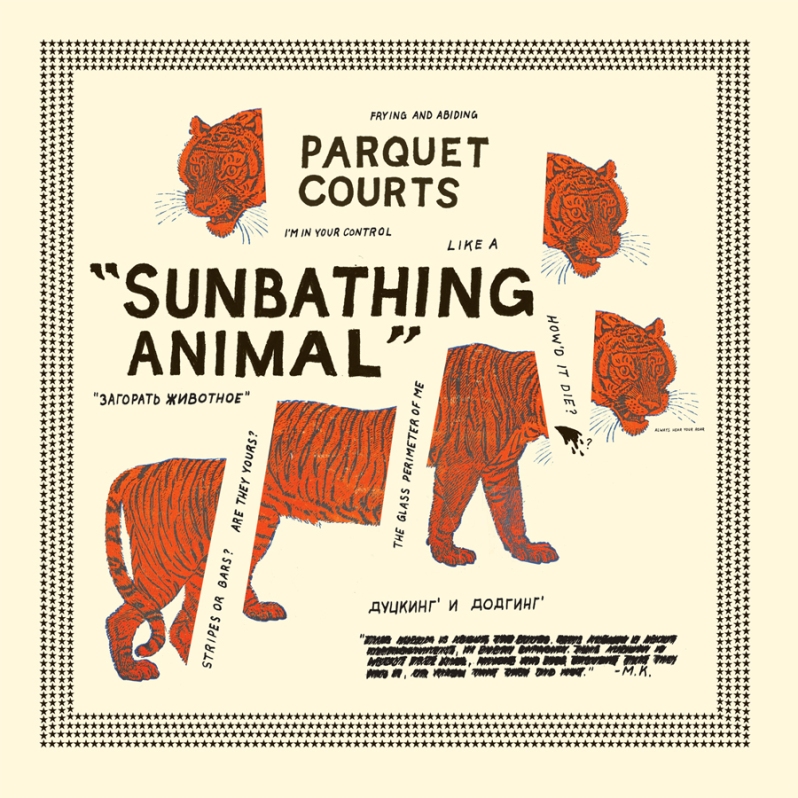 There’s less risk of salmonella, but you lose the excitement of eating raw cookie dough.

The third album from the Brooklyn based band, (released through Rough Trade), and it seems that they’ve finally conceded to the use of a real studio. The raw, volatile energy from the band’s early LP’s, American Specialities and the ‘ground breaking’ second LP, Light Up Gold (although it wasn’t really, that, amazing. Good, not ‘ground breaking’), appears to have become a bit transparent.

There will always be the struggle of following up ‘the’ album. Fans associate everything great about the band with it, all the songs, the style. Anything different is easily a cause for debate. The difficulty of passing ‘the’ album, with an album of similar standards or better, relies on evolving, not by removing the strongest points, which for Parquet Courts, was the live, tangible energy they created from their live shows being transferred onto high quality LP’s. The use of an official studio was inevitable. A band who create a whirlwind of attention from leading music magazines, radio companies, even those in fashion, are surely going to become ‘big’.

It’s not to say that Parquet’s secret weapon has been fully destroyed. There’s still signs of the buzz of …Gold, on tracks Black and White, and Sunbathing Animal, with fast paced, guitar chords, punched at viciously as the vocals of Andrew (or Adam, I can’t tell the difference) yell on top of all this insane noise, before a festival must closer of Sunbathing Animal, repeats for the closing ten seconds, while Black And White closes on a more civilised approach. These two tracks are the final remnants of …Gold, in a traditional style for the ‘post-punk’ band.

However, this act of the lightning quick track Sunbathing Animal, being used to lure many in, is a master façade, as third time round, the record’s spinning on 33 not 45 (Gold was on 45, just to clarify). The general vibe from Sunbathing Animal, is chilled rock, with the ever so slight hints of bluegrass at times, with a more, placid pace at times used affectively on the albums two longest tracks, She’s Rolling and Instant Assembly, which amass a running time almost equal to the albums first half. It’s refreshing to find the rambunctious group slowing down, creating some stellar tracks, however overdosing on this slower paced style leaves the album feeling old and lifeless.

Sunbathing Animal as an entirety falls as the Neanderthal to the Homosapien of …Gold. It’s a step back in my honest opinion. If the albums orders were reversed, …Gold could have become even more of a legend of an album, exploding from the sleepiness of Sunbathing Animal, sending a rush of blood into everyone’s system, instead of sucking the air out of our lungs and turning everyone blue. The misleading front of a …Gold II, has lead many into simply accepting the album rather than loving it. It’s those at the top that are selling Sunbathing Animal off as the best thing since sliced bread, when really, it’s not even the plate the bread comes on.