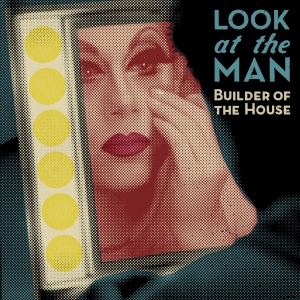 A day in the life of drag queen Cherry Lemonade, Builder of the House tackles the bittersweet world of gay people, specifically drag queens, with their latest single, Look At The Man.

“I created a character based on seeing Cherry—a character that doesn’t fall into a ’norm’ role and whose parents are having a hard time accepting them—and it turned into a kind of bittersweet study of gender identity.”

A switch from discussing his own issues to somebody elses instead, Singer Rob Cimitile’s focus upon giving someone else the light is truly amendable. The track itself is a beautifully smooth folk-pop track. Gentle guitars croon into nighttime harmonies that feel both comforting and heart warming, as well as powerful and possibly upsetting for some. The narrative’s focus on self-expression, particularly gender-fluidity, and wishing for acceptance is boldly used, as it’s a topic that is largely understated still to this day.