The magic of Colouring is that while their brand of pop is ready to break through on the charts, they’re the antithesis of mainstream pop music. 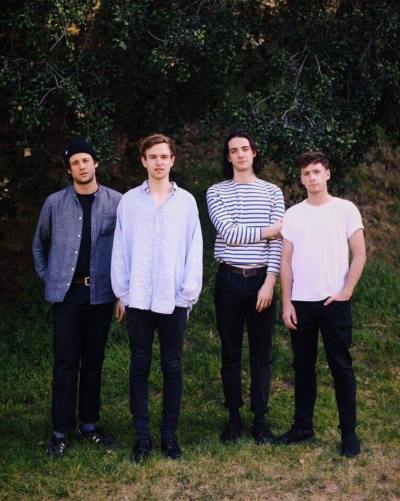 Following their previous release, Heathen, I questioned whether the London group would soon fade from my interest. Clearly, I was naive to assume such a thing could happen, especially with their follow-up, The Wave. On our seventh post on Colouring, the magic is clearly still alive and as exciting as it was when we were first listening to In Motion. The Wave summarises the growth from their previous stint as Osca, to signing with Interscope in 2015, to now being one of the most exciting groups around, and one of Velvet’s favourites.

Capturing the beats and rhythms of popularity, The Wave is beautifully pieced together with Colouring’s love of house productions and conventional pop structures. A chorus that harnesses enough power to provide courage and strength to anyone listening, promising “I won’t give you up for a minute if it’s alright”. What may not have begun as a love song, has now stretched into the realm of perfectly curated love anthems, unleashing pure benevolence for a significant other, while crafting a fusion of electronica and house that is both energetic and equally awe-inspiring.