In 2015, the German duo released their self-titled EP, a four track wonder that captured our attention and cultivated a refreshing take on post-punk. Now in 2017, Hymns To The Night seeks to further continue the magic of Lea Porcelain’s early achievements, however, the success of this is debatable. 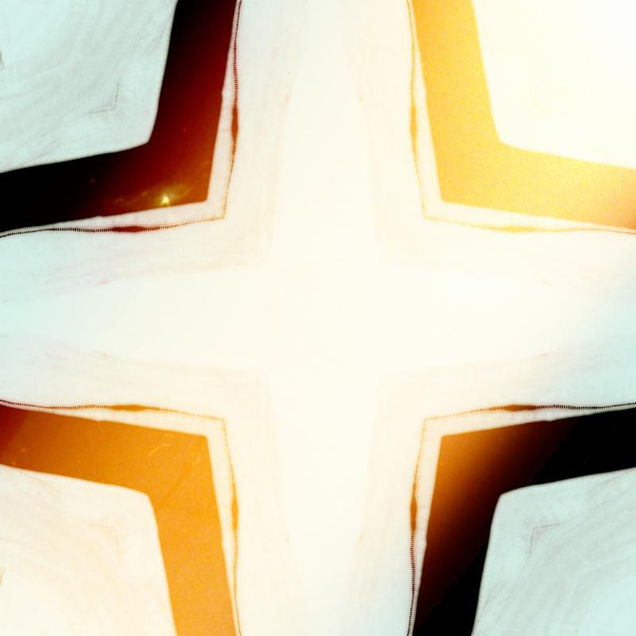 First and foremost, there is nothing that can be deemed deplorable throughout Hymns To The Night. With the first taste of Lea Porcelain coming all the way back in early 2015 with Similar Familiar, it’s taken almost two and a half years for the creation of Hymns To The Night to surface as a debut LP, with a whole host of singles splattered across the Lea Porcelain timeline in-between, ranging from the euphoric triumph of Bones, to the new era of Out Is In.

From 2015 to 2017, Lea Porcelain has gone from Soundcloud gems to working with Stephen Taverner and performing at festivals across all of Europe. A momentous two years, that have seen the duo catapulted towards the top of lists for indie hopefuls, as well as becoming a personal favourite of Velvet. Which is why Hymns To The Night appears as a difficult LP to embrace fully.

If walls of noise made from one guitar and a soundpad that feels ready to demolish the Colosseum of Rome sound appealing to you, Hymns To The Night will be a joyous occasion for you to experience multiple times. Repeat plays may even make Hymns To The Night grow stronger and become even more exciting for certain listeners, yet for myself at least, when I saw almost the first half of this LP was previous singles, all in a row, there was a question mark above my head, a sigh, and a reluctance to press play.

Now, Lea Porcelain is not the first band to ever host a slew of previous singles on an LP, they’re not even the first band to do it this year. With Bones especially, it makes sense to include such strong tracks on an LP. Why cook something to perfection and just swallow it whole rather than savour the taste of pure ecstasy? So it makes sense to include these singles. But not, 5 tracks in a row. For those who have heard Lea Porcelain’s previous singles, there are six new tracks, if you include the recent release of Remember, otherwise, there are five.

Tracklisting can make or break an LP. Sundara Karma’s debut from earlier this year, avoided the crutch of too many previous singles, because of this. Lea Porcelain has fallen straight into the trap, however magnificently, beautifully they may have fallen down on the way.

The first new taste on Hymns To The Night of Lea Porcelain comes from the interlude of White Noise, a hollow, goth-stricken piano track, that welcomes in the real beginning of Hymns To The Night, The Love. Almost a Bones meets Similar Familiar mashup, The Love immediately has the presence of Lea Porcelain that was so intoxicating from their first breaths, immediately drawing attention and fully igniting the passion for music that only a producer and listener share together. A church packed out with colourful personalities, all covered head to toe in blacks and greys, while the only light available is focused on Julien and Markus, visionaries of post-punk euphoria.

A Faraway Land follows suit, as if The Love never ended, simply transgressing without notice into a different form of momentous sounds, colliding into a cacophony of underground benevolence, that one should feel lucky to experience.

There’s no doubt that Lea Porcelain knows how to capture a state of euphoria. I’m sure if you look back at how the duo have been described on Velvet, the word would pop up numerous times. The German duo knows how to create that moment and elevate it even further, to a level of such intensity, that love almost feels too weak to describe such a feeling.

Remember is hopelessly beautiful, as is 12th of September, both lucid tracks that handle the previous intensity of The Love and A Faraway Land with such ease, that a four track cycle of these songs would be an equally impressive EP as their debut.

Loose Life and Endlessly see the fading out of Hymns To The Night, with an intense, flickering montage of electronic slices from Loose Life to mystified sunsets, that draw an adventure well travelled and fully explored and enjoyed to a satisfying ending. But then, you wake up. Confused and uncertain.

A five-single opener welcomes in earlier fans with open arms, loaded with excitement and even nostalgia, as (here it comes) a euphoric air fills the beginning of Hymns To The Night. This continues on throughout, all the way until Loose Life, where a final hit of nostalgia fills fans with the joy of Lea Porcelain. Then, Endlessly brings a sudden gust of consciousness, leaving the daunting thought of whether you can truly remember Hymns To The Night. Was it truly an occasion to be marked as life changing, other-worldly even? Or like myself, are you now left puzzled as to whether or not now on your fifth repeat of Hymns To The Night, this LP has the power to stand the test of time? It may not beat Rome’s Colosseum, but will it survive the time between now and when Lea Porcelain begins LP#2? Only if the duo doesn’t rush into LP#2 as appears to be the case with Hymns To The Night.