A true gem of a find on SoundCloud, LA artist Shyla Buff (recently relocated to Atlanta), creates dreamy, goth-inspired pop that thrashes about recklessly on their ‘Erased’ EP. 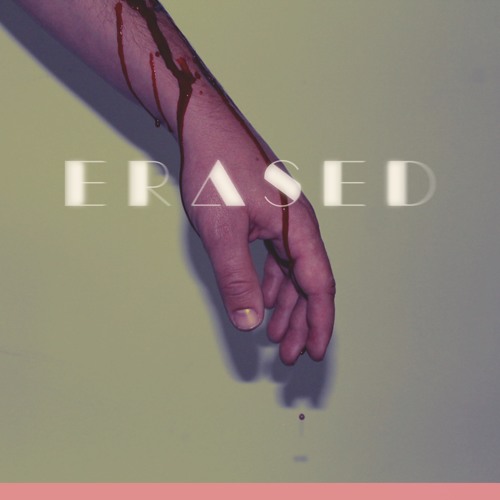 First thing you need to know about Shyla Buff, is that they’re fine. “Erased” is a true unearthing of their inner self, revealing anxieties and experiences that were festering away underneath the surface, which they’ve clarified with their mom, that they’re fine. Opening title track ‘Erased’, however brutally exposed it may leave Shyla Buff, is a beaming rock n roll song that radiates the pop energy of the earlier ’00s, blasting dream-pop at you as a rapturous monster, rather than the genre’s typical calming coolness.

Most of “Erased” abides by this toying with dream-pop conventions, utilising its melodic tones, but placing heavy riffs on top, merging indie rock and shoegaze with their calmer sibling, for a blast of energy that feels like someone saying fuck it and letting go of everything holding them down.

‘Womb’ is a grunge tinged display of atmospheric indie pop, the likes of which filled my iPod back in 2012, bringing a sudden sense of nostalgia and euphoria to the quick blasts of reverb-heavy guitar hooks. EP closer ‘Wall’ on the other hand, sounds like a Tame Impala demo, bouncing around psychedelic waves, dissected by short bursts of aggressive screams of “I just keep fucking up/my head it keeps to the wall”, as emo takes over for a brief chaotic moment, that sounds utterly irresistible.

The conventions of dream pop’s cool and steady edge, however, take centre stage on ‘Goodbye’, a clear insight into LA pop, bright-eyed with its pulsating pop beats, and shimmering glossy edge. Shyla Buff carries across their emotional unearthing, representing LA as a series of emotionally unstable so-and-so’s who gloss over their darkest fears with façades of the summer sun and drive-along anthems, blasting out pop bangers to avoid reality.

Shyla Buff addresses dream pop with unflinching brutality on “Erased”, transforming the glossy overtones of upbeat pop music into confused and angry, grunge flavoured riffs. Allowing their inner self to rise to the surface has allowed Shyla Buff to provide an unstinting reflection on not only their own anxieties but arguably one that LA, in particular, is still not ready to come to terms with.