On their sophomore EP, Thyla continues to assert themselves as a dominant force on Brighton’s indie scene and across the UK. 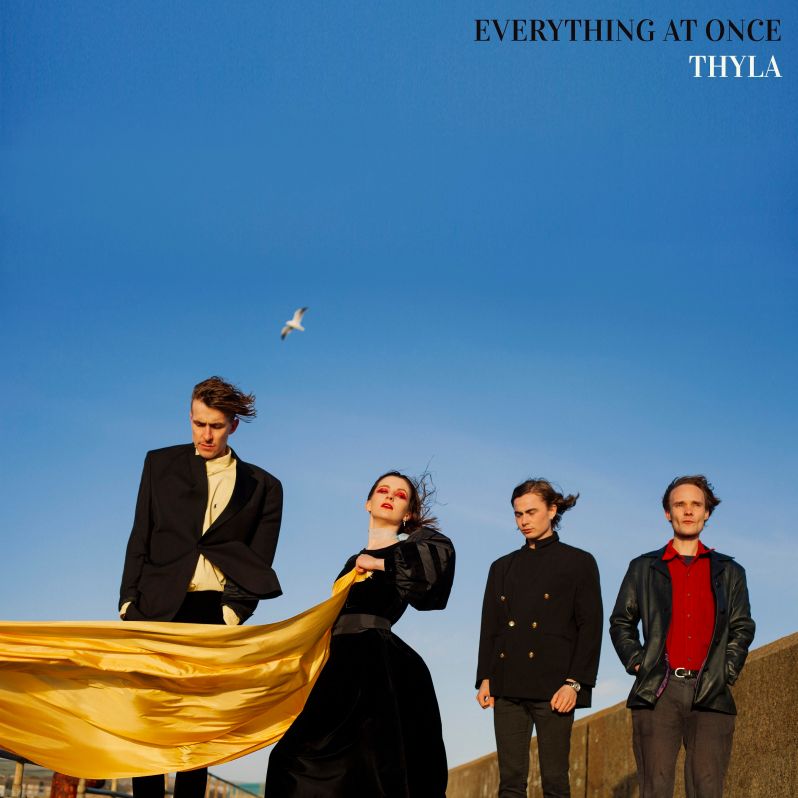 As their charming shoegaze-rock continues to power through, tinged with a coating of indie-prowess for that extra hit of euphoria, “Everything At Once” is Thyla at their best; serenading fans with indie-hits and bountiful singalongs.

Opening track and lead single ‘Two Sense’ is a boisterous juggernaut of indie rock, as Mille and Mitch blast out overloaded grunge riffs, made for the masses, all while Millie demonstrates the impeccable skill that lies within her overpowering vocals. Amped up even further by the thunder of Dan’s drumming and the smooth tones of Danny’s bass, ‘Two Sense’ kicks off their sophomore release with far more than just a bang.

Follow up ‘Lenox Hill’ then marks itself as Thyla’s breakaway single, a track that has the potential to sell Thyla to a whole new audience that aspires to fill their playlists with songs that can be sung along to and at the same time leave you speechless. The compulsory comparison to Wolf Alice strikes during ‘Lenox Hill’ as Millie’s coy display alludes to that of Ellie Rowsell, deceptively shy and held back, before unleashing the storm that is Millie Duthie standing on the shoulders of her fellow bandmates as an iconic heroine.

On the remaining two tracks ‘December’ and ‘Everything’, Thyla does what they do best, which is constraining their shoegaze sound just enough that the pressure they build, bursts out in unimaginable displays of electrifying indie rock.

‘December’ carries across a more sombre moment, lax in comparison with a smoothness that borders between a harmonious lullaby and a sweet serenade. Closer to The Cranberries on ‘Linger’, Thyla come packing with that not so unexpected punch which still manages to catch you off guard. While ‘Everything’ delivers the final blow with its impactful, gargantuan sound, desecrating the land underneath which it stands to make way for a new, grander future that Thyla teases us within their sophomore EP’s final moments.

Now the next step for Thyla needs to be a plan for their debut LP and to capitalise on the attention that has been swarming around them for the past two years. Both “Everything At Once” and “What’s On Your Mind” has demonstrated the restraint and skill that Thyla possesses certifying indie bangers left right and centre without one single flop. The charm and shoegaze delights on “Everything At Once” has earnt them a spot on almost everyone’s list, but Thyla deserves a higher level of recognition and has proved they can achieve this repeatedly. So here’s crossing our fingers for an LP in 2021.