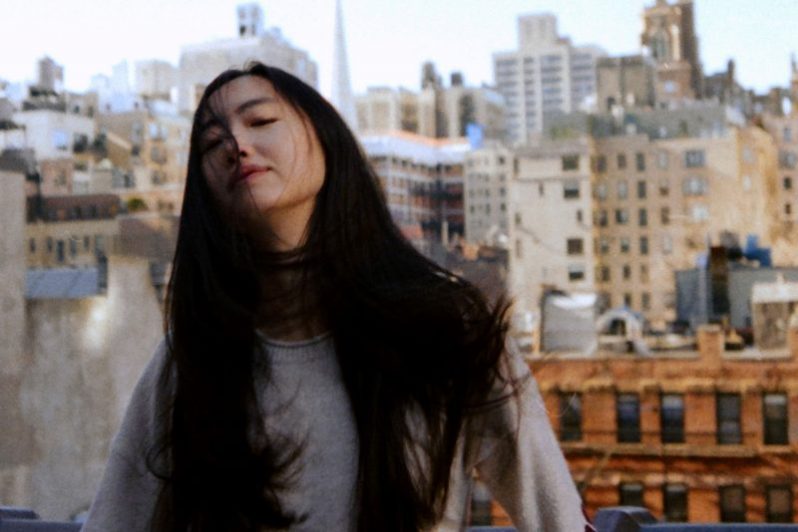 Released through indie label Everybody’s Music last month, ‘Karma’ is a dreamy, indie-pop track penned by ’90s influences with similarities to The Cardigans or Letters to Cleo. Rooted in her own creative frustrations, Kinsley’s work arises as the aha! moment with rhythmic guitars turning into spangly choruses of momentous synth/disco-pop beats, transforming ‘Karma’ into a motivational pop-powerhouse of a track.

“Karma was written completely by mistake around July or August of this past year,” Sarah explains. “I had hit a wall with another song I was writing, I had such terrible writer’s block. All the lyrics I had churned out were repetitive, all pseudo-copycats of past work. I was recording a voice memo – as it usually goes since I love recording everything I sing or attempt to say – just mumbling on and on trying to expand the lyrics of this other song for a few minutes. And then there’s a moment in the recording where you can hear me actually realize these two phrases rhyme, karma and I want ya. I just completely moved to the next idea and started singing. Your superstition, my intuition says I want ya. Everything completely set fire after that. I turned on my amp and began settling into chords. I produced the chorus that same day.”

‘Karma’ is the first track from Kinsley’s upcoming EP, set for release later this Spring.