The Melbourne trio’s debut is a collection of raucous and unforgiving punk rock. 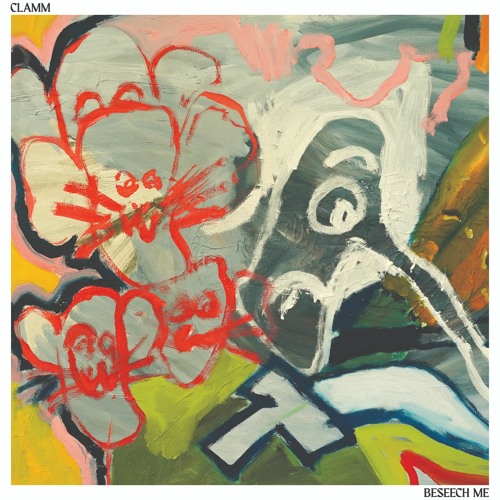 It comes as a shock to the system when first listening to“Beseech Me”, that punk-rock can be straight forward still and not over diluted with endless experimentations. With ten tracks of full-on punk rock coming in at less than half an hour, you’d be forgiven when thinking there’s more to come once the onslaught ends. It’s not until ‘Bossman’ when Clamm surpasses the four-minute mark with a track, with most of “Beseech Me” being delivered in under three-minute blasts of raucous and unforgiving punk rock.

This steady stream of unrelenting heavy riffs, rapturous drumming and vocalist Jack Summers menacing growl quickly transforms “Beseech Me” into one sweeping blast of punk, with each new track almost seamlessly bleeding into the next. Singles ‘Liar’, ‘Beseech Me’ and ‘Keystone Pols’ are the albums most unforgiving tracks, although in this case the ‘forgiving’ moments on“Beseech Me” are more like being only mildly injured from a moshpit.

Throughout “Beseech Me”, the Melbourne trio’s love and knowledge of punk are clearly demonstrated with ‘Repress’ and ‘Sucker Punch’ capturing the traditional energy of British punk, while ‘Dog’ and ‘Confused’ resonate more with North American groups such as Pissed Jeans or METZ. Altogether “Beseech Me” is a love letter to punk and anyone who is a fan of the genre will fall head over heels for the Melbourne groups debut.