Squid share their new single ‘Pamphlets’ and US tour dates for later this year.

With “Bright Green Field” just a couple of weeks away and UK mayoral elections next week, the Brighton group trade the experimental storytelling of their previous release ‘Paddling’ for a brutal reality check on news consumption in the UK. Drummer, vocalist and lyricist Ollie Judge shared about ‘Pamphlets’: “It’s about all the rubbish right-wing propaganda you get through your front door. It imagines a person with that as their only source of news being taken over by these pamphlets.”

The very mention of political pamphlets will likely bring an immense sigh over most UK citizens, however, Squid’s political commentary on their latest track is eye-opening, to say the least. With the sweet, delicate promises of ‘Pamphlets’ beginning harkening back to Squid’s earlier work, a brutal attack of bewitching riffs casts a hypnotic spell as Judge’s intermittent screams towards the end of the track mirror the false promises of politicians and the general shitshow that has been UK politics for the past decade.

“Bright Green Field” is out May 7th on Warp Records

Squid’s US tour begins in Philadelphia at Johnny Brenda’s on November 9th, with tickets available from Friday (April 30th). 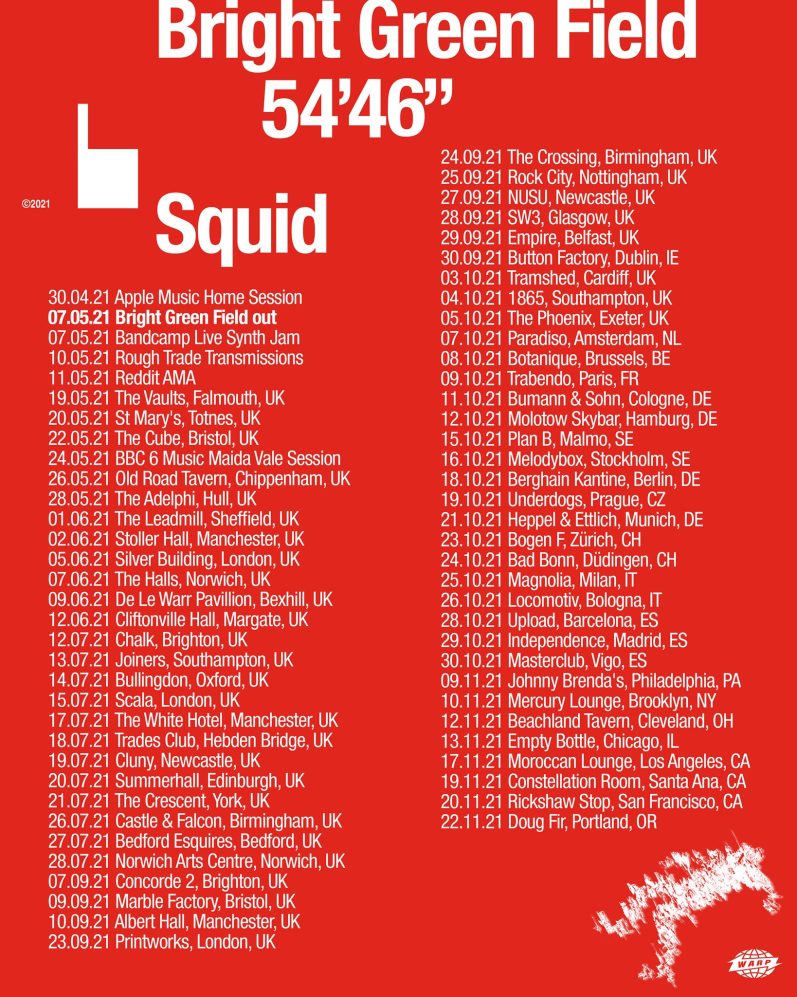