Your eyes like daggers, burn through his skin/you’re so called master, where do I begin. 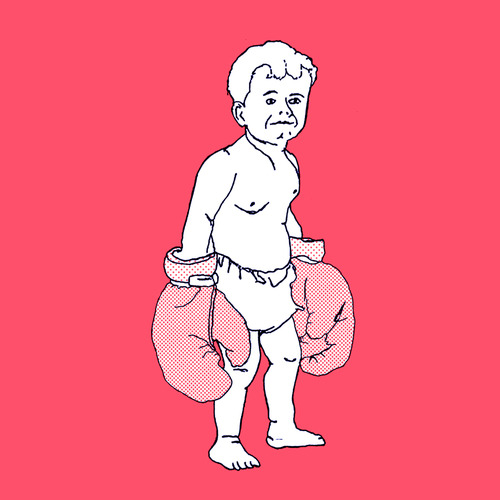 The B-side from their latest single Had Ten Dollaz, Nurse Ratched comes across as a heavier toned, re-brand at  first glance, but quickly becomes vicious and malevolent, when proceeding with further intent.

You’d assume with Ratched in the title, this B-side might be a dig at a particular individual, (or even nurses in general), but the directed vocals feel transparent and difficult to identify the true victim the lyrics aim for.

‘Your face like porcelain’ in line with the snub of ‘You’re so called master…’ (so cold?, correct me if wrong), feels more confusing than anything. Ratched thankfully stays clear of overly apparent disses that so many deliver, and rather dreadfully, plea to be regarded by (as if they’re being abrasive about it).

Cherry Glazerr however appear to avoid this plea wholly, focusing on a grittier, lo-fi production that remains rooted in riff heavy rock, gliding around reverb and solos with no concern.

The selling point though, is the confliction between  Clementine’s sometimes delicate and broken vocals and the thumping drum beats and shatteringly loud guitars. With Clementine’s guise of an unspoken background character transpiring as the song progresses, it’s interesting to see the front-woman casted as a ‘well kept’ voice, who then says screw that, and throws digs in with no sign of her earlier confliction, adding depth and even more tenacity to this half hidden, half screw what anyone thinks track.

The Had Ten Dollaz single (which this is the B-side for, in case you forgot), is out right now, so grab a copy from Suicide Squeeze, whether it be 7″ or download, but preferably the vinyl if you’re in North America (can’t admire an mp3 file really).